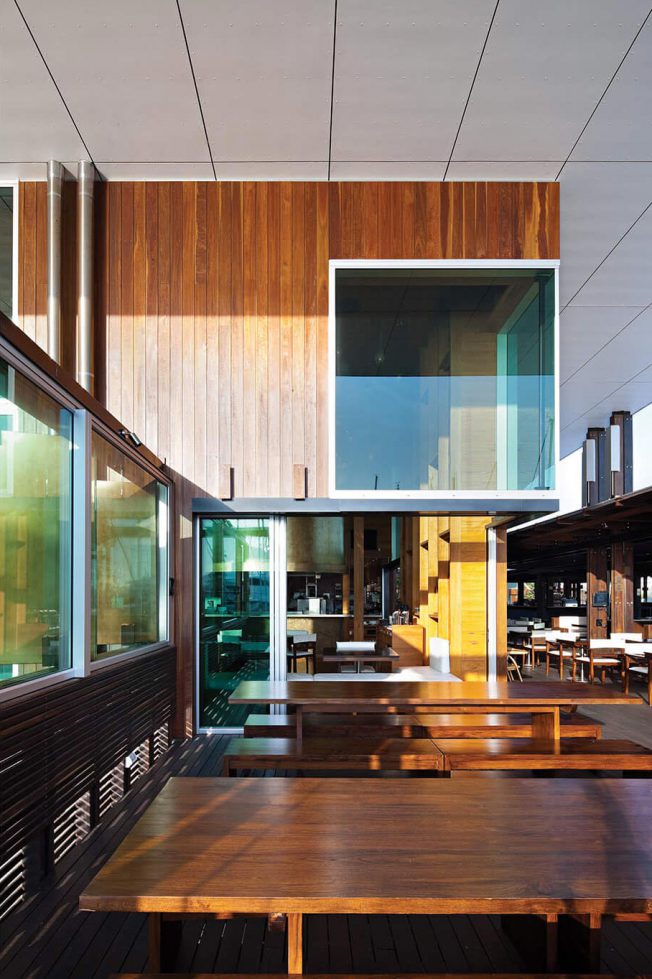 Seeing Cairns as a city of edges rather than spaces, our aim was to culminate the city’s main axis in a new public space, rather than (as originally briefed) single edifice. 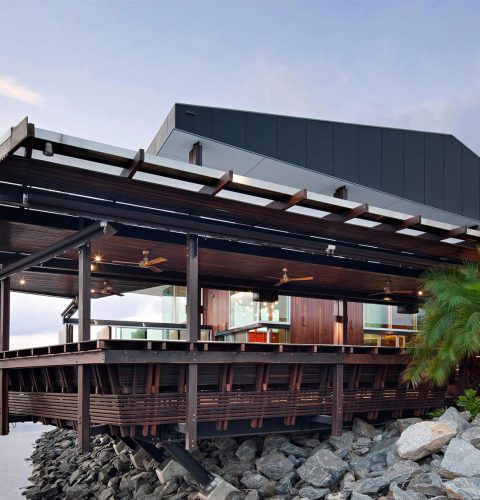 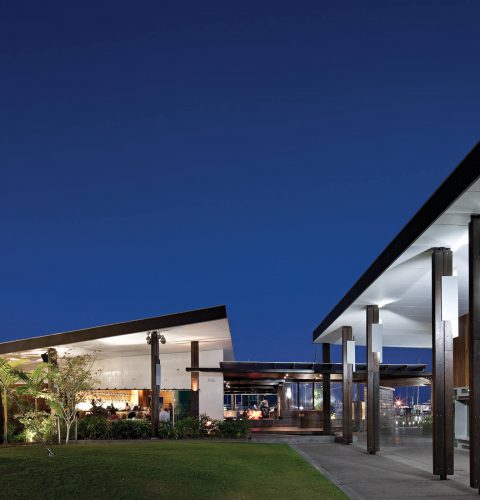 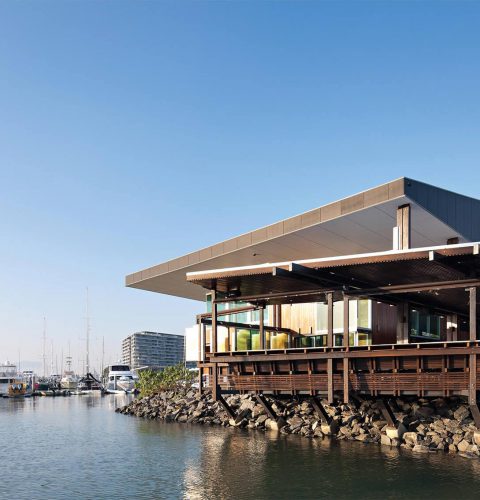 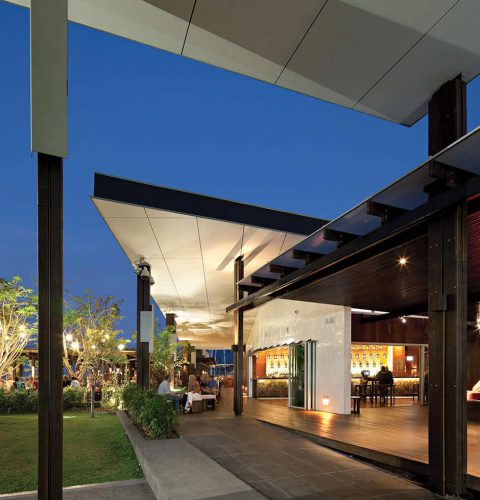 This aim was accomplished by translating the brief into three pavilions – the Cairns Yacht Club, a pavilion of bars and restaurants, and a boat shed – defining the new space. The Club and dining pavilions form an L-shaped plan of activities addressing the space and waterfront, the latter extending out over the sea wall to engage the water.

The character of the pavilions derives from memory of the former Yacht Club near the site and from the undulating topography surrounding Cairns, generating continuity of tilted roof forms linking the pavilions.

These forms extend out to and recede to create varying indoor / outdoor spatial relationships, enriched by crafted openable screens and inbuilt furnishings. The pavilion’s verandah and breezeway edges generate pathways to adjoining precincts such as Cairns Esplanade and the Reef Fleet Square designed earlier by Cox Rayner.

By these connections and architectural typology, Marina Point assumes the character of a small maritime village in its context of large scale tourism facilities.

Marina Point was named Far North Queensland Building of the Year by the Australian Institute of Architects for 2010 and was Finalist for the World Architecture Awards in Barcelona 2010. 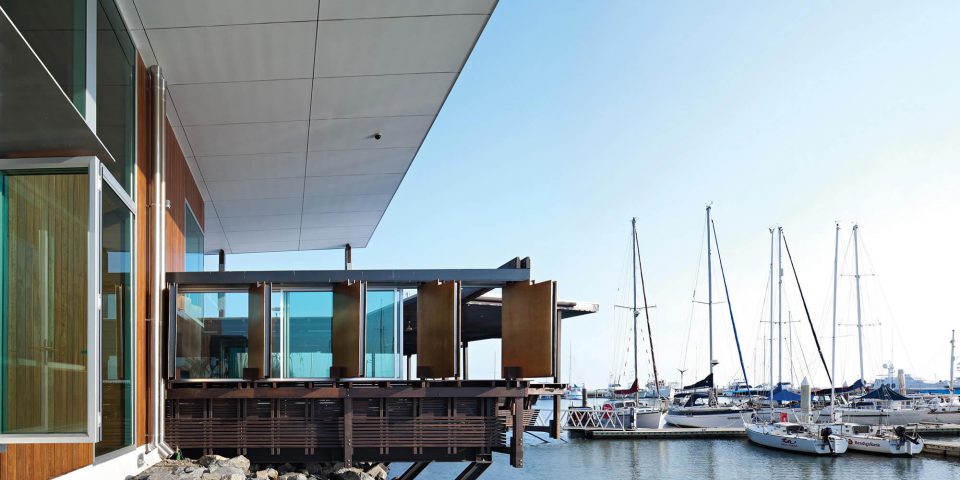 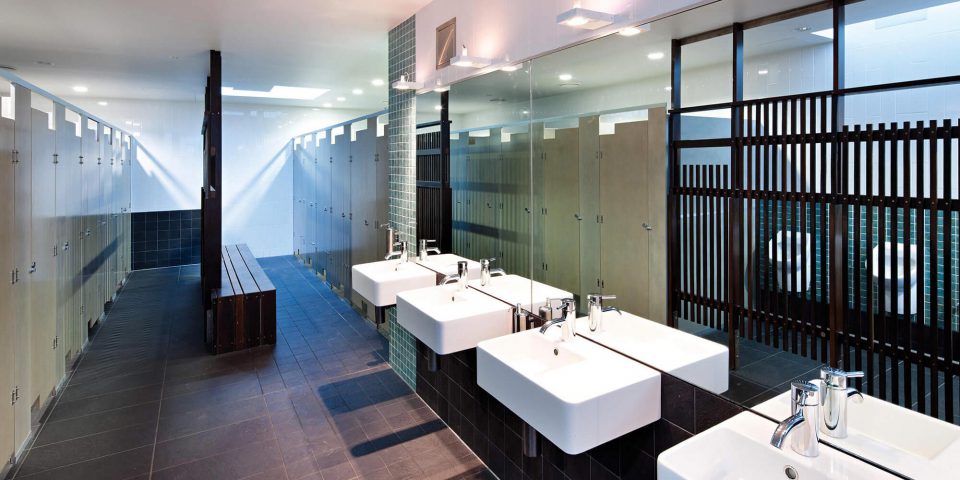 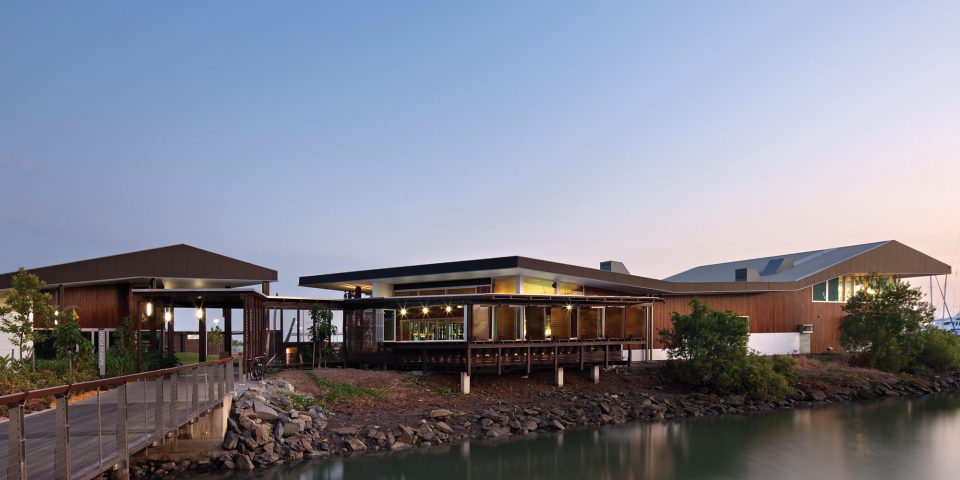 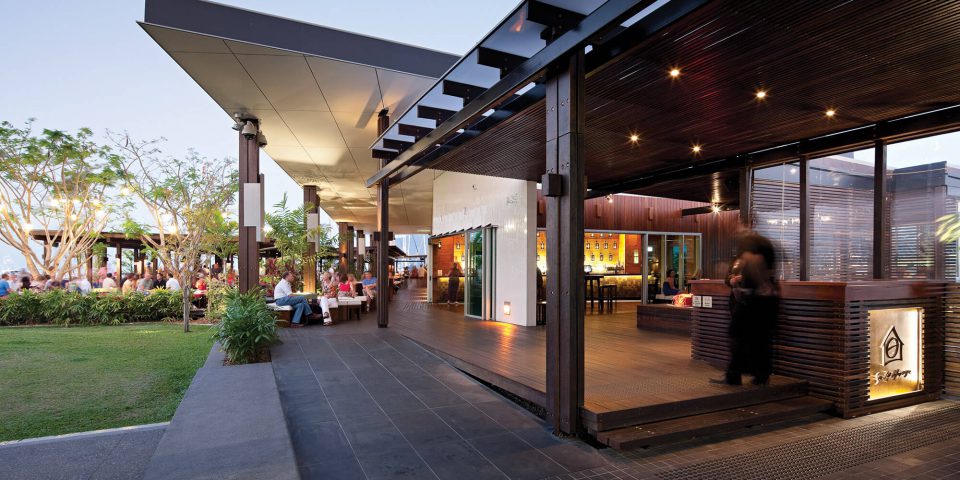